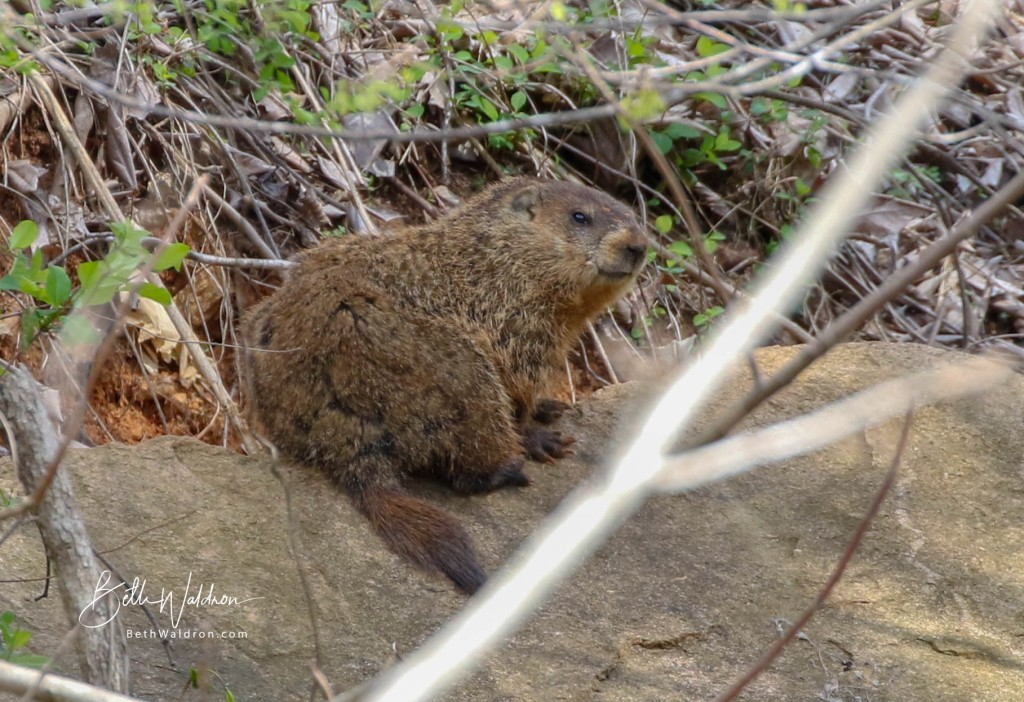 Groundhog Day–that oddest of holidays in which we look to a rodent to predict the duration of winter.  On February 2, if a groundhog sees its shadow, gets spooked and runs back in the burrow, it will be six more weeks of winter.  Cloudy day and no shadow?  Hey, it’s an early spring. Punxsutawney Phil may be the most famous groundhog, but did you know we have our own groundhog right here in Chapel Hill? 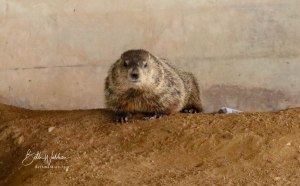 I’ve photographed a family of groundhogs living in an underground burrow quite literally under Franklin Street.  (I won’t give the exact spot to protect them.) Chapel Hill is at the southernmost extent of their range east of the Appalachian mountains.

Groundhogs are also called woodchucks, but they don’t eat wood. They are herbivorous and prefer the more tender parts of plants and grasses.

Groundhogs are accomplished critters…they can swim, climb, and dig. 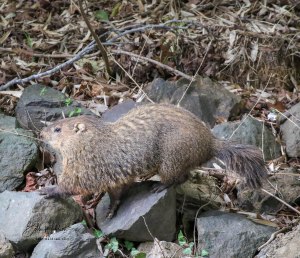 If you want to see a groundhog, keep a look out in early morning or late afternoon–they are diurnal animals. A common place to see groundhogs is along the shoulder of a roadway, where they like to feed on the vegetation. Unfortunately, this desire to eat near the street leads to the potential for being hit by a car.  Life expectancy in the wild is only about 2-3 years.  In captivity, they’ve been known to live 14 years.

Will Chapel Hill’s groundhog see its shadow on February 2nd?  Well, that may depend if they are even awake.  Groundhogs hibernate from roughly November until February or March.

View all posts by Beth Waldron